INTERNATIONAL COMMISSION FOR ORDERS OF CHIVALRY

It was the 12th of August 2016 when, in Glasow (Scotland), the General Assembly of the ICOC was convened during the XXXII International Congress of Genealogical and Heraldic Sciences. Among the many tasks on the agenda and the various decisions, it was established that the Commission should be composed exclusively of scholars and that its purpose would be to provide scientifically based information to prevent unwary subjects from falling into the hands of people without scruples, whose activity was based on the credulity of the other part. Although a few years have passed, unfortunately we are witnessing a continuous spread of subjects who illegally confer honors, often for money, notwithstanding the rules of any legal system, one among all in the Italian case, the Law n. 178 of 3 March 1951.

For this reason, the International Commission for Orders of Chivalry, at the Studium Academy of Casale and Monferrato for Art, Literature, History, Sciences and Various Humanities, in the rooms of the historic Filarmonica Academy, in the presence of the former Sovereign Houses of Europe, during the ceremonies for the 60th anniversary of its foundation, announced the partnership with Artvise for the creation of an exclusive service to certify through the blockchain technology the honors recognized as authentic. This activity boasts also the patronage of Historical Families of Italy and Historical Families of Europe.

In this way, we attempt to hand over a millenary tradition to future generations, with the help of modern digital technologies to protect the identity of historical families, custodians of an enormous collective symbolic heritage and to limit and unmask the circulation of illegitimate honors: a practice that constitutes a crime in Italy and in many other countries.

The new platform, accessible from the website www.icoc-cert.com, will be simple and intuitive. Just complete the registration process and upload your documents, to access your personal area and receive, once the Commission has verified the legitimate membership to an Order, your blockchain notarized certificate. Furthermore, the validity of the issued certifications will also be verifiable through a dedicated smartphone mobile app (downloadable on APPLE Store or GOOGLE Play), able to read the QR code, like a “green pass”.

The new issued certificates will thus become the modern equivalent of an ancient seal tempered by the fons honorum of a family, with all the additional benefits of a smart contract: one of a kind, incorruptible, non-duplicable or falsifiable, verifiable anywhere and anytime, impossible to lose and stored in the memory of distributed registers, like in a cyber-safebox.

The Commission has already taken steps to explain the enormous potential of this project to the main Orders and former Sovereign Houses of Europe. In this context, the foresight of Pier Felice degli Uberti has to be admired in countering a sector at the mercy of creative charlatans who take advantage of the good faith of people by selling expensive decorations which are then proudly displayed in public without any decorum even by esteemed professionals.

But there is something more, ICOC with this service will it will not only certify honors. Against the braggarts who appropriate a family history that does not belong to them, well aware that protecting the identity of an individual must include the protection of his unique family history, ICOC-CERT will also certify the family Coat of Arms* and Genealogy, if there are the requisites, guaranteeing rigorous control and avoiding document falsifications, unmasking genealogy falsifiers who perhaps for a homonymy want to pretend to belong to a historical family that has nothing to do with them. This solution could break down a large part of the swindlers who deny even their parents.

*We issue the blockchain notarized certificate only for:

- family or personal coat of arms (limited to the shield) granted, certified or registered by a State-appointed Officer of Arms in a country where the nobility is not recognized and protected, and in particular by: Office of the Chief Herald of Ireland, established, 1943 (heraldic registrations prior to 1999 are accepted without heraldic-nobility ornaments); The South African Bureau of Heraldry, established 1963 (heraldic registrations prior to 2002 are accepted if without heraldic-nobility ornaments); The Canadian Heraldic Authority, established 1988; Cronistas Rey de Armas of the Kingdom of Spain, up to 2005 (heraldic-nobility ornaments are accepted only for nobility titles recognized by the Kingdom of Spain). In case the coat of arms is officially recognized by the Authority of a State to another Family or Person, we cannot issue the blockchain notarized certificate.

-  family or personal coat of arms granted, certified or registered by a State-appointed Officer of Arms, and in particular by: Kenya College of Arms, established 1968; Zimbabwe Registrar of Names, Uniforms, Badges and Heraldic Representations, established 1971, after an in-depth verification;

- self-assumed arms, without heraldic-nobility ornaments, if not recognized by State Authorities to another Family or Person. The date will be that of the assumption referred to the documents.

FOCUS ON THE BLOCKCHAIN AND THE CRYPTOGRAPHICAL TECHNIQUE USED 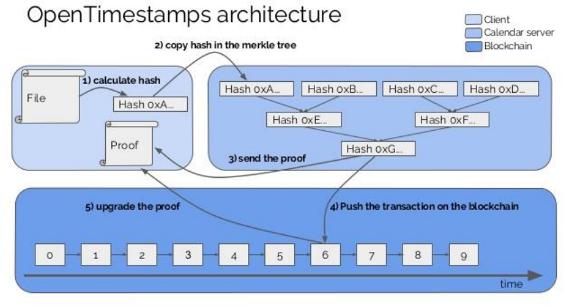 The Blockchain is a chain of blocks whose data structure is physiologically shared and is always immutable. This chain includes numerous items grouped into blocks which are in turn concatenated in a precise chronological order. The integrity of this order is guaranteed by the use of specific cryptographic techniques. Basically, the blockchain is like a digital register, based on a decentralized and non-modifiable database, of which no one has the rights to modify the data already entered; this allows for a new way of certifying data.

In our case, the certification will take place through asymmetric cryptography, notarized on the Bitcoin network with the OpenTimestamps protocol for the generation of a digital signature that will be inserted in the QR code verifiable via the mobile app.

Let’s understand something more on our platform. In particular, why and how ICOC-CERT uses Bitcoin technology to   notarize certificates.

Notarization is not a novelty. Notarization software has been used by companies and lawyers for years to timestamp certain data, thus proving the existence of some data at certain point in time. Notarization tools always used databases, private and closed databases. Built in 2008-2009, Bitcoin is a P2P protocol that keeps alive a distributed, replicated and append-only database, often called ledger. Users move billions of dollars every day writing their transactions in the ledger. In 2014 a group of developers realized that they could use Bitcoin’s ledger for non-financial purposes and notarization of data is one of them.

Obviously, "uploading the original file on the Blockchain” is not the best solution, due to the high fees and, most important, to the loss of privacy. A few Bitcoin developers (Peter Todd, Riccardo Casatta and many others) built an Open Source protocol called OpenTimestamps. Thanks to OpenTimestamps people can now notarize an infinite number of documents on the Bitcoin Blockchain, without uploading the original files. How is it possible? OpenTimestamps notarizes something called a hash. A hash is something like a fingerprint of data. Everything that is digital has a corresponding and unique hash. There aren't two different files in the world with the same hash when you use a good cryptographic function such as SHA256, which is the one ICOC-Cert is using. OpenTimestamps notarizes the hash of the file and not the file itself, because the goal of notarization is not to store data (Blockchains are not a good place to store a lot of data because it's an inefficient database) but to not lose track of your data.

Will your certificate be valid even without the ICOC-CERT platform?

YES. In fact, with your certificate you can also download an .OTS file. We suggest to store this .OTS file in as many locations as possible: e.g. your laptop, your HDD for backups, USB keys; you can send it to your friends too! Why? Because it will allow you to verify your notarization even in case the ICOC-CERT platform dies. We prepared a tutorial for skilled people who want to verify our processes. You just need a Bash terminal and a NodeJS module installed.

First of all, let’s decode the QR Code that you will find inside your certificate and:

If everything goes well, you’ll see the following output:

Now that you verified the signature (certification process), you need to verify the notarization of your certificate:

If everything goes well, you’ll see the following output:

If you want to go hardcore mode, you just have to download and sync a Bitcoin node to verify notarization process independently, without third party services. 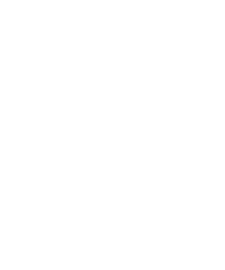 This work is licensed under a Creative Commons Attribution - Non Commercial - Share Alike 4.0 International License.
We use cookies on our website to give you the most relevant experience by remembering your preferences and repeat visits. By clicking “Accept All”, you consent to the use of ALL the cookies. However, you may visit "Cookie Settings" to provide a controlled consent.
Cookie SettingsAccept All
Manage consent

This website uses cookies to improve your experience while you navigate through the website. Out of these, the cookies that are categorized as necessary are stored on your browser as they are essential for the working of basic functionalities of the website. We also use third-party cookies that help us analyze and understand how you use this website. These cookies will be stored in your browser only with your consent. You also have the option to opt-out of these cookies. But opting out of some of these cookies may affect your browsing experience.
Necessary Sempre abilitato
Necessary cookies are absolutely essential for the website to function properly. These cookies ensure basic functionalities and security features of the website, anonymously.
Functional
Functional cookies help to perform certain functionalities like sharing the content of the website on social media platforms, collect feedbacks, and other third-party features.
Performance
Performance cookies are used to understand and analyze the key performance indexes of the website which helps in delivering a better user experience for the visitors.
Analytics
Analytical cookies are used to understand how visitors interact with the website. These cookies help provide information on metrics the number of visitors, bounce rate, traffic source, etc.
Advertisement
Advertisement cookies are used to provide visitors with relevant ads and marketing campaigns. These cookies track visitors across websites and collect information to provide customized ads.
Others
Other uncategorized cookies are those that are being analyzed and have not been classified into a category as yet.
ACCETTA E SALVA